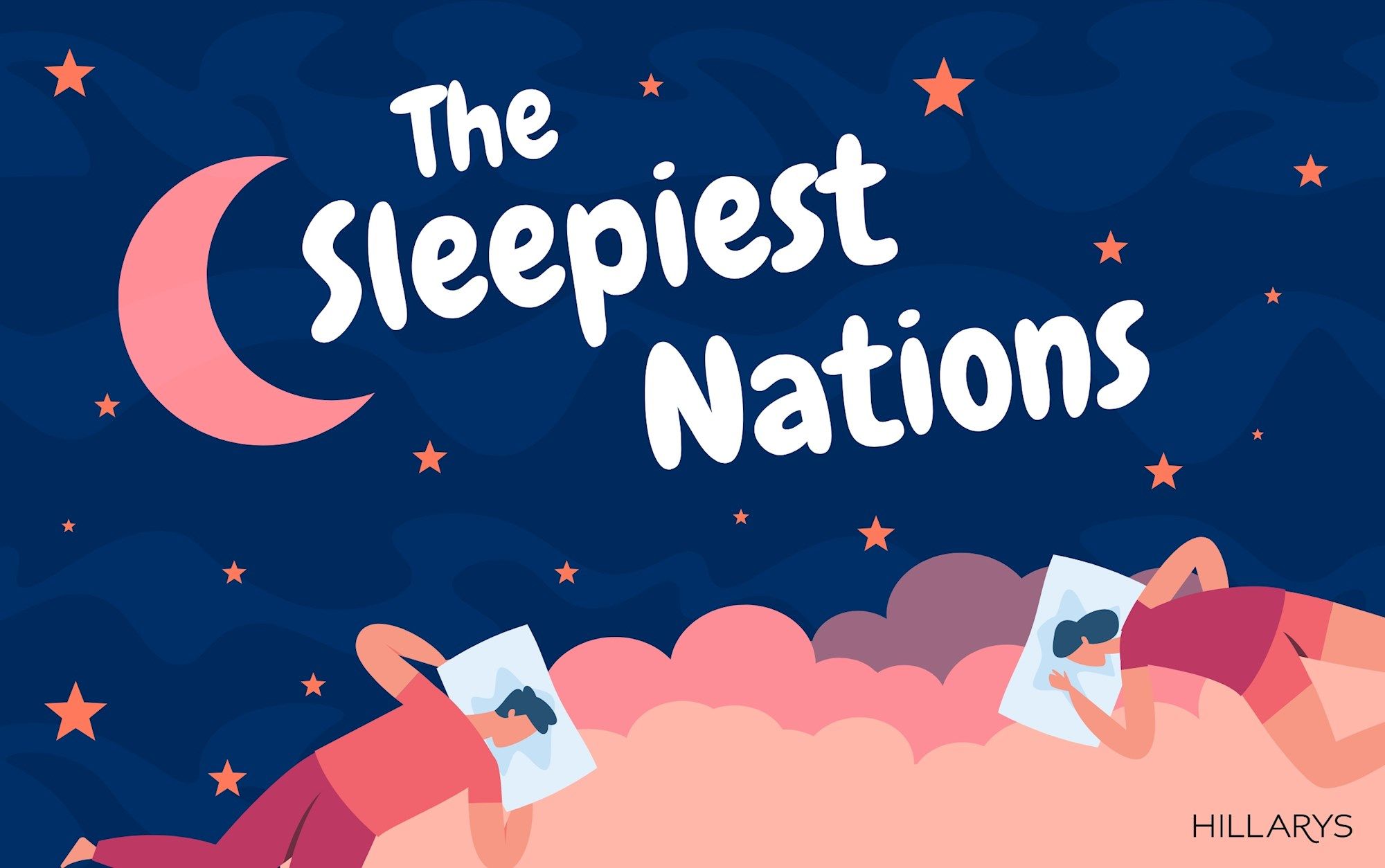 Our team of sleep experts have conducted research to find out the sleepiest locations both across the world and in the UK.

Research has been carried out to find where in the world people get the most amount of sleep per night, looking at the average amount of sleep for 60 countries around the world. We have also delved into 40 UK cities to see which city gets the most sleep, on average, every night.

The top ten UK cities that get the most amount of sleep per night are: 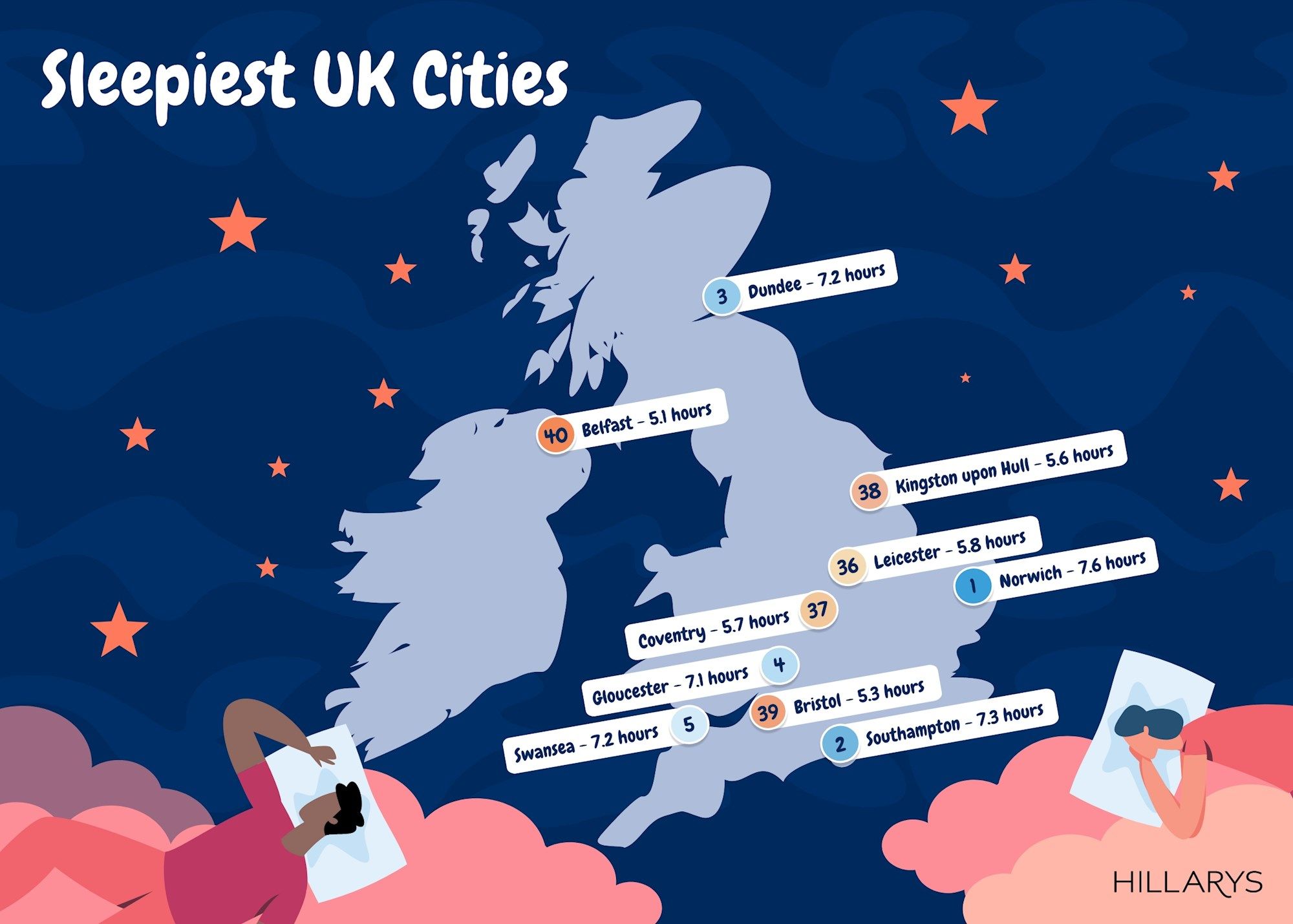 The top five countries around the world that get the most amount of sleep are: 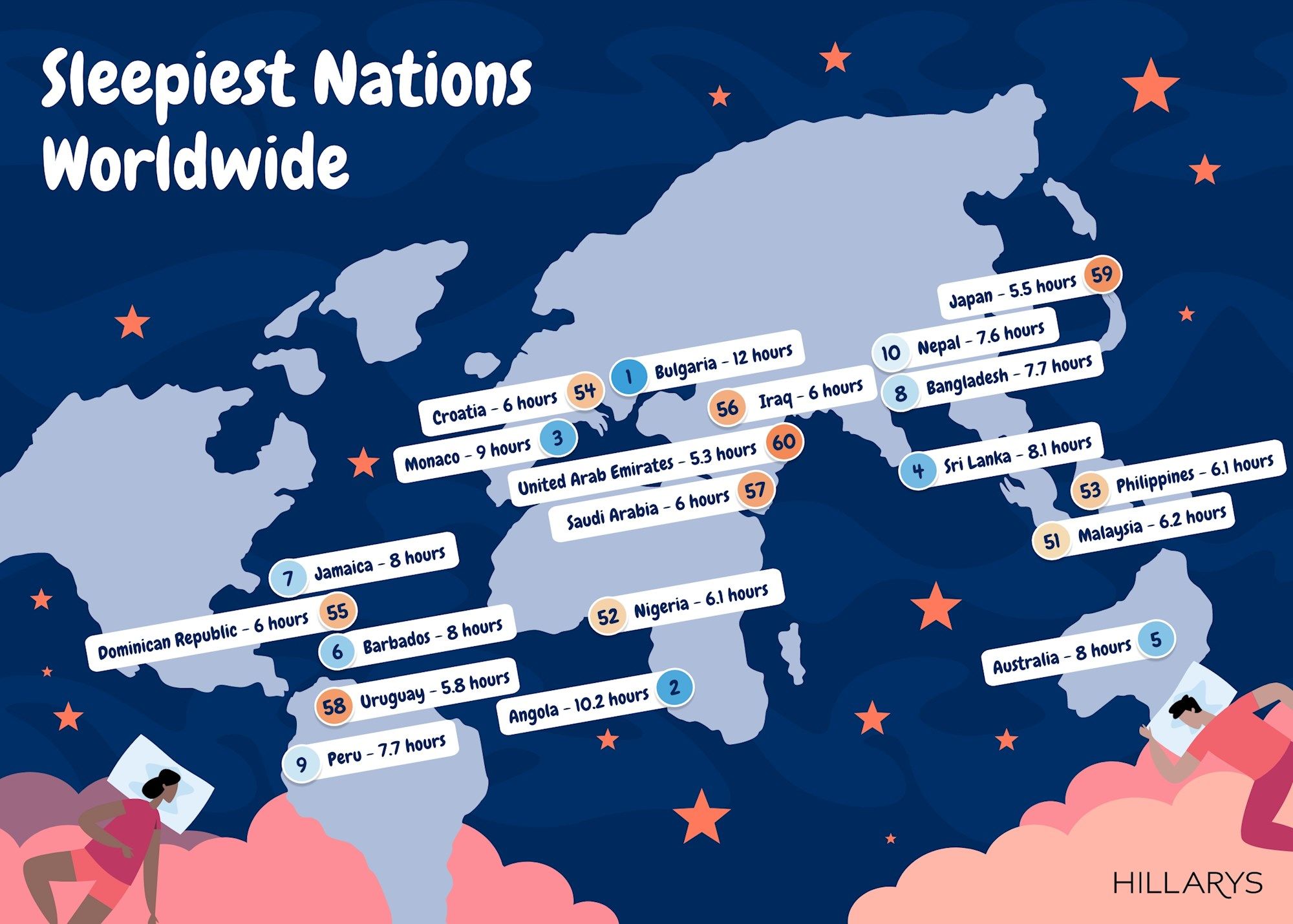 All UK regional city data was collected via a survey to 5,000 UK residents over the age of 18